OneRepublic urge fans to be patient a little longer

American pop-rock band OneRepublic urge their fans to be patient a little longer – the concert at Arēna Rīga has been postponed to May 20, 2022.

The band value the loyalty of their fans, but still consider the safety and health of the visitors of their concerts to be of primary importance. Since there is still no certainty that such a large-scale event, as is typical for OneRepublic, will be able to take place this fall, the whole tour was moved to next spring, when the world should finally return to its normal course.

In this case the spectators who have already purchased tickets to the concert don’t need to do anything – the tickets remain valid for the new date. For the ones, who haven’t managed to purchase them yet – the ticket sales continue in all ”Biļešu serviss” network.

There is no doubt that performers of well-known hits Stop and Stare, Counting Stars, Secrets, Good Life, Wanted, I Lived, If I Lose Myself, Rescue Me, Kids and of course Apologize will give an impressive, high class performance.

Since the previous concert 1 studio album has been released and the next one is scheduled for release next spring. For spectators such a fact means that it was worth waiting longer to enjoy even more great songs at the concert!

The worldwide recognition has come to the band with their single Apologize, what producer Timbaland remixed and included in his year 2007 compilation album. The song ranked first in 16 countries, with over 6 million copies sold in the US alone.

So far OneRepublic has released 4 studio albums with the fifth due to be released next year, 5 extended plays, 31 singles, 10 promotional singles, and 25 music videos.

Ryan Tedder won 3 Grammy Awards due to his songwriting credits for Adele and Taylor Swift. 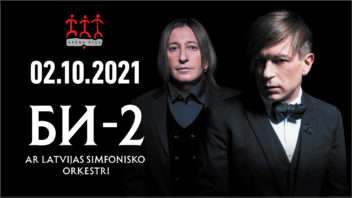